To have the optimal experience while using this site, you will need to update your browser. You may want to try one of the following alternatives:

Water Emergencies Must Be Resolved Rapidly 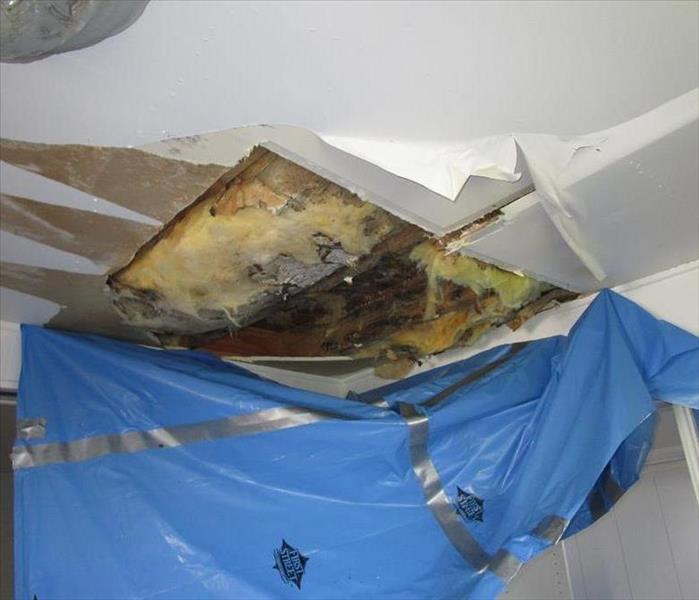 Ignoring storm damage and water is never a good idea... In this case, water was allowed to sit in wet insulation on dry wall and very quickly developed mold.  Dark marking began to appear within the old water marked area in this ceiling and seams began to sag.

The scope of all work becomes much larger and more complex when storm damage is not eliminated quickly.  In this occurrence, a large section of the ceiling had to be carefully removed.  We then removed all moisture affected insulation (much larger than would have been originally removed).  All affected wood was then HEPA vacuumed, sanitized, sanded, and dehumidifying and air scrubbing equipment was installed.

This was simple water damage from a storm and did not need to change to mold.  The rapid addressing of water leaks would have eliminated water and saved days of work and $$Thousands!!!